The editors’ intention is to present the history of the establishment of palliative and hospice care in Poland as broadly as possible: by identifying its sources and inspirations, through the personal experiences of people involved in end-of-life care and the stories of particular palliative and hospice centres and the organisations supporting them.

We have tried to invite all the centres of residential and home care for sick adults and children in Poland to participate in this book. We have invited veterans and newly opened facilities, both state-run healthcare institutions and non-government institutions run by religious unions, foundations, associations and informal groups.

The first part of this book is an outline of the history of the hospice movement in Poland, referring to a variety of human attitudes to the sick and dying throughout the ages, the Christian and other writings affecting the development of the hospice movement in Europe, and presenting national inspirations for end-of-life care. It also presents the people and centres that it all stemmed from. What has had a special place in the story is volunteering... the selfless commitment of thousands of people of diverse professions was the foundation of the movement at its inception and it continues to play a vital role in it today, being a distinguishing feature of the Polish hospice movement.

The second part is filled with the personal stories and experiences of people who have made unique contributions to its formation, shape and present role. It is made up of memories of people directly involved in patient care: doctors, nurses, psychologists, social workers, clergymen, nuns and other people supporting these activities in different ways.

The third part includes the stories of particular palliative and hospice centres, presenting their huge diversity: the organisational forms, forms of support and achievements, and the founders of care and its continuators. The accounts sent in bear evidence of the perseverance of palliative and hospice teams, their development and, in numerous cases, the broadening of the care provided and the forms of co-operation with local communities, volunteers, universities, research centres and other organisations and institutions.

The final part is a presentation of Polish organisations supporting palliative and hospice teams and centres. They have originated from the need to share knowledge and experience in the daily work around the terminally ill and their relatives. The projects implemented and actions taken by them strengthen the Polish hospice movement, significantly influencing its development. 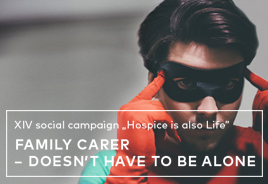 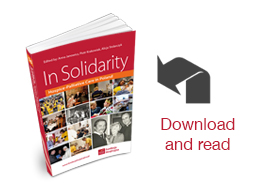